Where is this thing ‘Spring’?
I feel only Winter’s sting:
what will our June bring?

When climate change floods
millions of stakes in the mud.
Stone to Lagoon scuds. 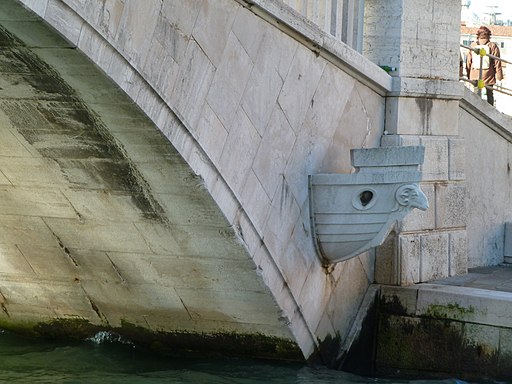 You can deny the weather all you like
you can ignore my words
or 99% of scientists
but Climate?

Climate’s a bitch.
Katrina, Wilma, Sandy, Irma, Maria
Go ahead and deny them!
I dare you.

The sad thing is that the
cost of your being proven
wrong
especially as the lag
will hit your grandkids
is high.

The kids will
have that hindsight
written as fact in carbon
so very twenty twenty.

That gramps and grannie
were horribly selfish people.

What was the great Denier Talking point?
Oh yeah-
“The point is, you can never be too greedy.”

This is my first attempt at writing a dialog for a play in a very long time which I did for a writing assignment.

[Bert Henrid pushes the door bell and waits on a screened in porch with big wicker chairs sporting bright yellow cushions. He’s middle-aged, wearing a long sleeve shirt, track pants, an old fedora and running shoes. A well-worn pack is on his back into which he slides a paperback book. The inner door opens and Bert takes off his hat for Elise Rearden, also middle-aged. She’s wearing stylish clothes but has her hair tied in a bun and rubber gloves on.]

Bert: (pulling the screen door open) Elise! How are you?

Bert: (stepping in at her gesture) Still recovering but we think she’ll be up and about soon. The Doctor says she was just overdoing it a bit.

Elise: Wow! I must call her–I’ve been meaning to–

Bert: That would be terrific. I’m sure she’d love to chat.

Bert: How about you? How are you doing?

Elise: (turning back) Fair enough. Nothing to complain about compared to Moira. (she grinned and showed off her rubber gloves) Just dishes. (turning again and shouting louder) Del! Delmar! Bert’s here.

Bert: (chuckling) I take it a game is on?

Elise: (laughs and exaggerates a shrug) What else?

[Thumping is heard in the background.]

[Elise snorts and covers up her mouth as Delmar Rearden pads into the hall from the basement door wearing slippers. He’s roughly the same age at Bert with something of a spare tire bolstering his middle. He smiles when he sees Bert.]

Bert: I was wondering what was taking you and speculated that it might be some kind of group activity involving some abused ball.

[Elise laughs out loud and leaves the front hall. Del and Bert watch her go. Del shakes his head turning back to face Bert.]

Del: A guy’s got to have a hobby. Can I help it if I like watching foreigners take a knee? (he scrutinizes Bert more closely) Crap. Did you walk from your place again? Dressed like that?

Bert: (shrugs) Guilty. It was pretty hot out there. Maybe we should have our meeting on the porch?

Del: (wrinkles his nose) Absolutely. Elise wouldn’t want you to sweat all over her upholstery.

[Bert grins and steps back opening the screen door for Del. Bert slouches out of his pack and they sit down facing the audience. Bert sets his hat on his pack.]

Del: Can I get you a drink? That’s, like, at least four miles and it’s a hot one out there.

Bert: It’s nice here on the porch. (he reaches forward and pulls a water bottle out of a side pocket) I’m good for water.

Del: (shakes his head) You know I could have picked you up: I called for this meeting after all.

Bert: (takes a sip and then spreads his hands wide, cocking his head slightly) I like walking. It’s my alone time.

Del: Well it’s a bit much, don’t you think? Especially this summer, it’s like 90 degrees out there. I remember when this porch was awesome in the summer.

Bert: Feels ‘awesome’ to me. Anyway, I assume this about the coming executive meeting?

Del: Sure you don’t want something cooler to drink? Maybe we should go into the air conditioning and risk the wrath of Elise: I’m worried about you.

Bert: (laughs) I’m not doing a marathon out there, Del. Just walking. You should do it sometime. It’s great exercise.

Del: No thanks. I like my air conditioning. Especially this summer. Really, man, I worry about you sometimes.

Bert: Don’t worry about me, I’ve got to do my part. Now what–

Del: (leans forward) What part are you talking about?

Bert: (holds his palms up shaking them at Del) Sorry. Didn’t mean to say that. Now back–

Del: (he looks like he’s sweating now) What part?

Bert: Calm down buddy. I’m just saying that if I choose to walk that’s my own business, that’s all. You wanted to meet so let’s meet.

Del: (sits back and purses his lips) This is you being all environmental lunatic fringe, isn’t it?

Bert: (he laughs, uncomfortably trailing off into a silence where he’s staring seriously at Del) Maybe. But like I said: this is my business. I’m not telling you to–

Del: (shakes his head slowly) Yes you are. You told me I should walk more. That would stop my gas guzzling, right?

Bert: (pauses) I said walking would be great exercise actually.

[Del clenches his jaws and stares quietly at Bert who stares back.]

Bert: (leans forward) Look Del, I’m not telling you what you should do with your life. That’s up to you. Chalk it down to me being strange and leave it be. To tell you the truth– (reaches down and pulls out his paperback displaying it front of Del) –it’s a great way that I can get some reading done.

Del: (leans out and squints) ‘The Sheep Look Up’?

Bert: Science fiction. Interesting author though it’s somewhat dated now, in some ways. (puts the book away) Anyway. What did you call me over to discuss?

Del: (shakes his head a little but then sits back) Okay. Right. I’ve had three emails and an actual letter mailed to me with parents complaining about issues with their kids. They don’t like the requirements we’ve laid down about every kid having to use SPF50 sport sunscreen at every game. Apparently some brands cause– (adopts a whining tone) –eye irritation.

Bert: Okay. We told them them they could sign a waiver–

Del: (shakes his hands impatiently at Bert) No. They, and this has been coming from more than a few over the last few months, want us to build inflatable soccer domes like they have up in the capital. But it’s not only the sunscreen. Sheila, married to that new executive member Pete Watterson, is some kind of nurse and says we’ll need to start thinking up strategies that prevent heat exhaustion. The answer to that is dome too unless we make little umbrella beanies mandatory. Can you imagine the cost of domes?

Del: I had Phil look into some numbers. It would make the membership fees go up at least 200%! Maybe 300.

Del: So I need you to draft up a flier explaining the costs and have everyone email their vote about whether they’d really want to support this happening. You could liaise with Phil to get the facts. Do you think a mock up for our next meeting is doable?

It’s simple really,
they just don’t want any change.
Leave it to the kids.

But life will worsen
when lived conveniently.
Sloth is its own cost.

Food to women
is fuel
and enjoyment.

Food to men
is fuel
and something to fart with.

Fuel to cars
is food
for Climate Change.

Dead quiet was
understating the lack of sound.

They all nodded
seriously
and I sat back down
admonished
embarrassed
lesson learned.

From all that I’ve read, heard and seen on climate change I’m worried about the legacy being left for my kids. It’s a controversial topic, however, and few clear statements have been definitive enough for me to want to provide to friends, family and others who need to be convinced about this pressing and looming nightmare.
I’ve been a fan of David Suzuki since his Quirks and Quarks days and from The Nature of Things. I’ve read several of his books including his autobiography Metamorphosis. And I’m happy with most of the activism his foundation does (though not all of it).
I was pleased to see David and his foundation just published a very good, short and clear article:

on the lead up to and what we are faced with around this scary issue. I urge you to read it.